Don’t be Afraid to Experiment

Late last year, I finally traded in my trusty Ford Focus for a new (to me) lightly used 2014 Ford Focus. (It has 18,000 miles on it) It is a great car, I really like it. But that is not what I wanted to tell you about. This Focus happens to be a Flex Fuel car. Which means that it will burn traditional regular gasoline or a lower cost, blended fuel of mostly alcohol, typically called E85 because it is 85% alcohol and 15% gasoline. Regular gasoline is normally about 90% gasoline and 10% alcohol.

At first I ignored the Flex Fuel option like most people do (or so I have come to discover) We have all heard the stories and read the articles about E85, the engine will not run quite as strong (less power), it may be cranky to start sometimes, and the decrease in fuel economy will make the lower price of E85 a wash at best. You may even end up spending more for fuel. I must admit that I also fell victim to this “talk” and the news reports.

Then the lean thinker in me took hold and I began to think that some of this story just did not make sense. The more I quizzed my buddies who told me it was not worth it, the more I realized that they had not actually tried it themselves. Everyone was simply passing on the same story that they had heard some time ago. After driving my new car I also realized (again) that automobiles have changed a lot in just the last four or five years. This version is a lot nicer, and runs much better than my old version. Everything changes! The lack of advantage to E85 was beginning to seem like more of a rumor.

The average octane rating of regular gasoline is 87. The average octane rating of E85 is 95. Um, that is a big difference. If my engine is capable of utilizing some of this additional octane my engine should make more power. We also know that E85 does have less total energy available (think total BTU’s available) than gasoline so the fuel economy should go down. But by how much? The reports I was reading ranged from 20% – 35%. That is a pretty big range. Most reports were also rather dated. I decided to put one of the lean rules to good use “Improve through Experimentation” and conduct an experiment.

By this time I had been driving my car for several months on regular gasoline and had established a good baseline for fuel economy and drivability.   With my “lead foot”, city driving, in stop and go traffic I was averaging 29 MPG using regular gasoline. With my first tank of E85 my fuel economy only dropped by 2 MPG. I was thrilled, wow what a great deal, E85 cost about 50 cents less per gallon (24% less) and my fuel economy was only down about 7%. This was an aggregate savings of 17%! But I knew the experiment had to continue for several months to establish a true comparison. (But, so far, it looked great!)

Well, unfortunately, and not un-expectantly, my economy continued to drop over the course of the next few weeks until it stabilized at 23.5 MPG, where it remains. The net result is a 5.5 MPG drop, or 19% decrease. Netted against the 24% drop in cost for E85 over gasoline this resulted in a net savings of 5% using the aggregate method. Or, calculating the cost for fuel per mile for gasoline at .072 ($2.09/gal @ 29 MPG) and the cost per mile for E85 at .067 ($1.59 @ 23.5 MPG) my net savings are about 7%. Not 17%, but still a nice gain and certainly not a loss. This is still not too bad and certainly worth doing from a savings stand point.

But how does the car perform you ask? How much less or more power does the engine make? Here my experiment was much less scientific, more of a “seat of the pants” type test. The car just feels quicker to me. Faster off the line at the stop lights, a little more responsive and up to speed a little quicker. I never experienced any starting or drivability problems. The car always started quickly and never hesitated. The engine appears to be making more power to me. Maybe this summer I will make a trip to the drag strip and see if it really is quicker. Should be fun anyway, I have not been to the drag strip in a few years. (Could be a future blog article) Insentiently, I did discover why my fist tank of E85 only showed a small drop in fuel economy. I calculated the actual alcohol content in the tank to be about 50% instead of 85%, because I did not completely empty the tank of gasoline before filling it with E85 the first time. Which is a trick I discovered at the pump talking with other E85 users. Some drivers like to fill their tanks with E85 every other tankful. This keeps the alcohol percentage lower and the fuel economy higher while still reducing their costs a bit. I am not sure if this mixture would net out better than using all E85. Maybe that will be my next experiment.

I know some folks are worried about the potential use of a food source (corn) and tractor fuel (diesel) used for E85 production. My local supplier tells me that his supply of E85 is made from non-food material (non-edible items, food waste, and by products) and the farm equipment (tractor) is run on E85. (But that is research and an argument for another day) If entire South American countries such as Brazil can run all their vehicles on alcohol than this certainly seems like a viable, environmentally friendlier, renewable alternative we should consider. I like the idea of a lower cost fuel from renewable sources with less pollution, so for now, I will keep using E85.

I am glad I decided to ignore the rumors and old news I heard about E85 and conduct my own experiment. Ford has really figured out the multi fuel engine (maybe the others have as well) if you have a Flex Fuel vehicle and have not tried E85 recently, you may want to try it for yourself. It is easy to get caught in the status quo and not challenge our own thinking. Dated reports and “second hand” thinking can lead us down the wrong path. Experimentation is a powerful principal we should practice on a regular basis. You may be surprised what you discover!

Lean Learning Center
The Lean Learning Center was founded in 2001 to address the gaps and barriers that are holding back companies from successful and sustainable lean transformation. In addition to the advanced curriculum, the Center has developed a learning environment designed specifically for adult learning utilizing techniques that include discovery simulations, case studies, personal planning, and reflection – ultimately engaging people at a deep and personal level. We bring our unique lean understanding in creative ways to executives, managers, supervisors, change agents and front-line employees. 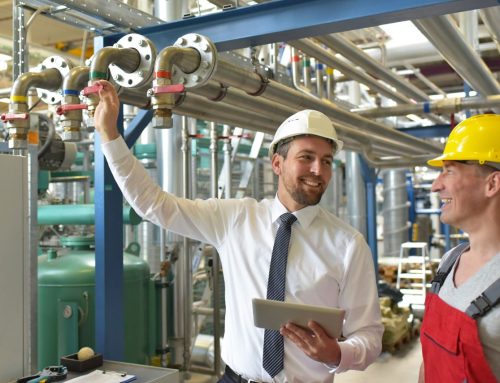 Should Your Company Start a Manufacturing Apprentice Program?