In 2002, Sir David Bailsford was coming out of a sales management career and stepped foot into the world of competitive cycling. Armed with an MBA and inspired by Kaizen, Sir David Bailsford began his training from an incremental improvement mindset. This was no easy task. It involved the constant and meticulous measurement of key performance indicators, grueling trainings that targeted cyclists’ weaknesses, and athlete wellbeing. Instead of completely overhauling the program, he focused on improving by 1% every day. And 1% every day means that you’re 37x better over the course of a year.

In 2008, the British cycling team won seven out of 10 gold medals at the Beijing Olympics. Prior to this Olympic visit, the team had one gold medal in its entire 76-year history.

The Science of Breaking Things Down

From birth, our brains teach us to seek out situations and circumstances in which we are most likely to receive a reward. If we eat all of our vegetables, we get dessert. If we finish our homework, we can go out and play. If we leave the house early, we can stop for a coffee. Our brains are wired to seek out these moments of pleasure and reward. The tricky part is when a behavior change is required for us to grow or improve. Since this behavior has not been previously rewarded, our brains begin to work against us. To change, then, requires us to find ways to reward behavior change on a consistent basis, and this is a difficult feat when we’re trying to implement one large change into our lives.

Dr. Phillippa Lally and her colleagues from University College London found that it takes (on average) 66 days for a new behavior to become automatic. However, this largely depends on the behavior’s complexity and our ability to remain consistent with the new behavior. BJ Fogg, the founder of the Behavior Design Lab at Stanford University, has also found that small, incremental improvements can add up to big change over time. Small changes mean less complexity, allowing our brains to ease into the change.

Small changes offer three main benefits. First, small changes allow us to slowly build up the reward center of our brain. Repeated behaviors followed by small rewards douses our brains with dopamine, helping our brains build neural pathways that encourage the individual to repeat the behavior to get the reward. Once neural pathways are built, behavior change becomes much easier to maintain over time.

The second benefit is that smaller changes are easier and more low-risk than large, overarching changes. Think about the last time you tried to quit something ‘cold turkey.’ It’s likely it didn’t work, which can result in feelings of failure and destroy motivation. But small changes, like doing two push-ups each time you need to use the bathroom, are a lot easier for your brain to keep up with. The low-risk nature of small improvements allows for more experimentation. If an idea doesn’t work out, that’s okay. It didn’t cost you or the company anything, and you can try out a new idea in its place.

Finally, small incremental improvements mean less resistance and more engagement. Large, monumental tasks can feel intimidating. They add to our workloads, take time away from other important tasks, and are full of uncertainty. Alternatively, small, incremental tasks, especially those developed by the individual, are more likely to be adopted and used.

Incremental improvement mimics a stairway. Instead of a sharp incline, which often requires more energy, time, and effort than we have, the stairway allows us to focus on taking the next step and improve one day at a time. 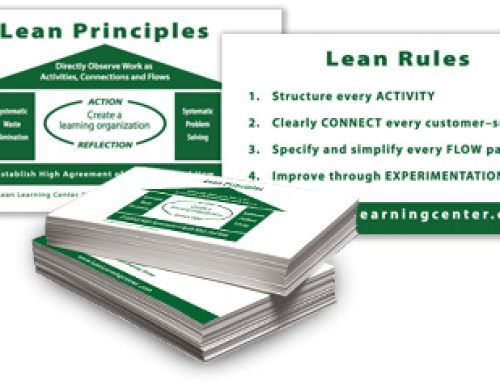 Why Change is Difficult

Are the requirements for learning and change part of your onboarding process?